You recently attended a meeting at a hotel. When you returned home, you found you had left some important papers at the hotel.

Write a letter to the manager of the hotel.In your letter

You do NOT need to write any addresses

Begin your letter as follows: 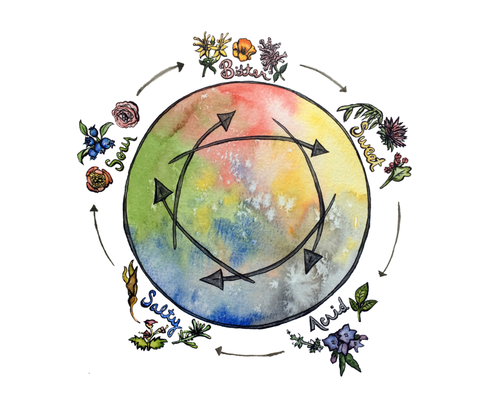 The Flavor of Pleasure

When it comes to celebrating the flavor of food, our mouth gets all the credit. But in truth, it is the nose that knows.

No matter how much we talk about tasting our favorite flavors, relishing them really depends on a combined input from our senses that we experience through mouth, tongue and nose.

The taste, texture, and feel of food are what we tend to focus on, but most important are the slight puffs of air as we chew our food – what scientists call ‘retronasal smell’.

Certainly our mouths and tongues have taste buds, which are receptors for the five basic flavors: sweet, salty, sour, bitter, and umami, or what is more commonly referred to as savory. But our tongues are inaccurate instruments as far as flavor is concerned. They evolved to recognize only a few basic tastes in order to quickly identify toxins, which in nature are often quite bitter or acidly sour.

All the complexity, nuance, and pleasure of flavor come from the sense of smell operating in the back of the nose. It is there that a kind of alchemy occurs when we breathe up and out the passing whiffs of our chewed food. Unlike a hound’s skull with its extra long nose, which evolved specifically to detect external smells, our noses have evolved to detect internal scents. Primates specialise in savoring the many millions of flavor combinations that they can create for their mouths.

Taste without retronasal smell is not much help in recognizing flavor. Smell has been the most poorly understood of our senses, and only recently has neuroscience, led by Yale University’s Gordon Shepherd, begun to shed light on its workings. Shepherd has come up with the term ‘neurogastronomy’ to link the disciplines of food science, neurology, psychology, and anthropology with the savory elements of eating, one of the most enjoyed of human experiences.

In many ways, he is discovering that smell is rather like face recognition. The visual system detects patterns of light and dark and, building on experience, the brain creates a spatial map. It uses this to interpret the interrelationship of the patterns and draw conclusions that allow us to identify people and places. In the same way, we use patterns and ratios to detect both new and familiar flavors. As we eat, specialized receptors in the back of the nose detect the air molecules in our meals. From signals sent by the receptors, the brain understands smells as complex spatial patterns. Using these, as well as input from the other senses, it constructs the idea of specific flavors.

Write about the following topic :

Employers sometimes ask people applying for jobs for personal information, such as their hobbies and interests,

and whether they are married or single.

Some people say this information may be relevant and useful. Others disagree.

Discuss both these views and give your own opinion.

Many People like to wear fashionable clothes.Why do you think this is the case?

Is this a good thing or bad thing?

Give reasons for your answer and include any relevant examples from your own experience.