The tables below give information about sales of Fairtrade labelled coffee and bananas in 1999 and 2004 in five European countries.

Summarise the information by selecting and reporting the main features, and make comparisons where relevant. 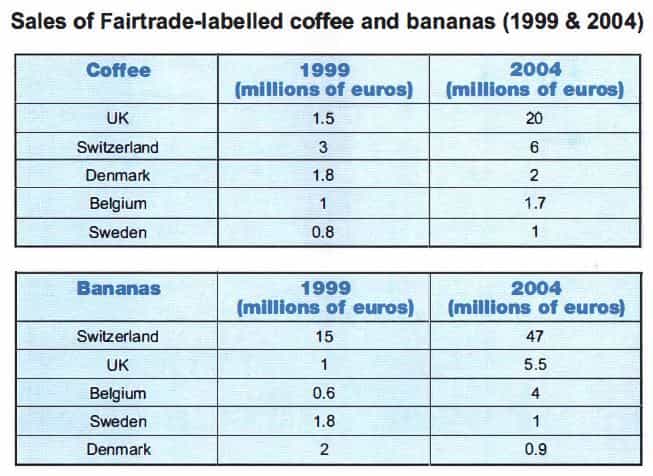 The table compares the sales of two products, Fairtrade marked coffee and bananas in five distinct European countries in two separate years (1999 and 2004. The units are measured in millions of euros.

As the data demonstrates, the market of coffee observed a ceiling trend from 1999 to 2004. The largest consumer was Switzerland with accurately 3 million euro sales. The sales in the United Kingdom was half of this figure and the least amount of coffee was sold in Sweden. After a period of five years, the sales of coffee increased in all European countries with a significant improvement in the UK.