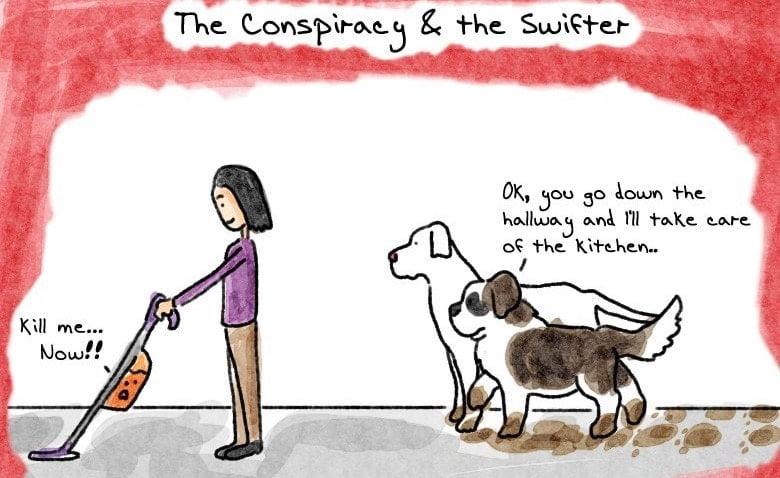 For a fascinating tale about creativity, look at a cleaning product called the Swiffer and how it came about, urges writer Jonah Lehrer. In the story of the Swiffer, he argues, we have the key elements in producing breakthrough ideas:

frustration, moments of insight and sheer hard work. The story starts with a multinational company which had invented products for keeping homes spotless, and couldn’t come up with better ways to clean floors, so it hired designers to watch how people cleaned. Frustrated after hundreds of hours of observation, they one day noticed a woman do with a paper towel what people do all the time: wipe something up and throw it away. An idea popped into lead designer Harry West’s head the solution to their problem was a floor mop with a disposable cleaning surface. Mountains of prototypes and years of teamwork later, they unveiled the Swiffer, which quickly became a commercial success.

Lehrer, the author of Imagine, a new book that seeks to explain how creativity works, says this study of the imagination started from a desire to understand what happens in the brain at the moment of sudden insight. ‘But the book definitely spiraled out of control,’ Lehrer says. ‘When you talk to creative people, they’ll tell you about the ‘eureka’* moment, but when you press them they also talk about the hard work that comes afterwards, so I realised I needed to write about that, too. And then I realised I couldn’t just look at creativity from the perspective of the brain, because it’s also about the culture and context, about the group and the team and the way we collaborate.’

When it comes to the mysterious process by which inspiration comes into your head as if from nowhere, Lehrer says modern neuroscience has produced a ‘first draft’ explanation of what is happening in the brain . He writes of how burnt-out American singer Bob Dylan decided to walk away from his musical career in 1965 and escape to a cabin in the woods, only to be overcome by a desire to write. Apparently ‘Like a Rolling Stone’ suddenly flowed from his pen. ‘It’s like a ghost is writing a song,’ Dylan has reportedly said. ‘It gives you the song and it goes away.’ But it’s no ghost, according to Lehrer.

IELTS WRITING – The reasons for this behavior? S12AT2 IELTS WRITING TEST SET 1 TASK 1 GT – a problem with a piece of equipment... Scroll to top