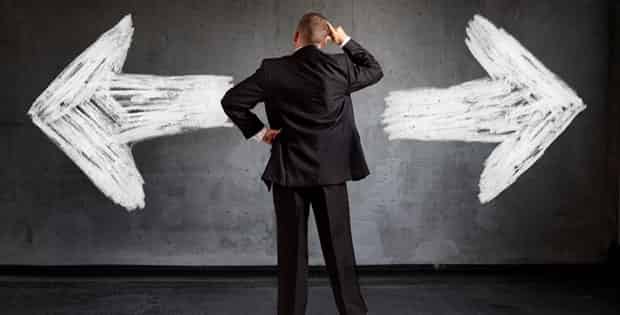 An overview of some research into lateralisation: the dominance of one side of the body over the other

A Creatures across the animal kingdom have a preference for one foot, eye or even antenna. The cause of this trait, called lateralisation, is fairly simple: one side of the brain, which generally controls the opposite side of the body, is more dominant than the other when processing certain tasks.

This does, on some occasions, let the animal down: such as when a toad fails to escape from a snake approaching from the right, just because its right eye is worse at spotting danger than its left. So why would animals evolve a characteristic that seems to endanger them?

B For many years it was assumed that lateralisation was a uniquely human trait, but this notion rapidly fell apart as researchers started uncovering evidence of lateralisation in all sorts of animals. For example, in the 1970s, Lesley Rogers, now at the University of New England in Australia, was studying memory and learning in chicks. She had been injecting a chemical into chicks’ brains to stop them learning how to spot grains of food among distracting pebbles, and was surprised to observe that the chemical only worked when applied to the left hemisphere of the brain. That strongly suggested that the right side of the chicle brain played little or no role in the learning of such behaviours. Similar ewidence appeared in songbirds and rats around the same time, and since then, researchers have built up an impressive catalogue of animal lateralisation.

C In some animals, lateralisation is simply a preference for a single paw or foot, while in others it appears in more general patterns of behaviour. ‘Ihe left side of most vertebrate brains, for example, seems to process and control feeding. Since the left hemisphere processes input from the right side of the body, that means animals as diverse as fish, toads and birds are more likely to attack prey or food items viewed with their right eye. Even humpback whales prefer to use the right side of their jaws to scrape sand eels from the ocean floor.