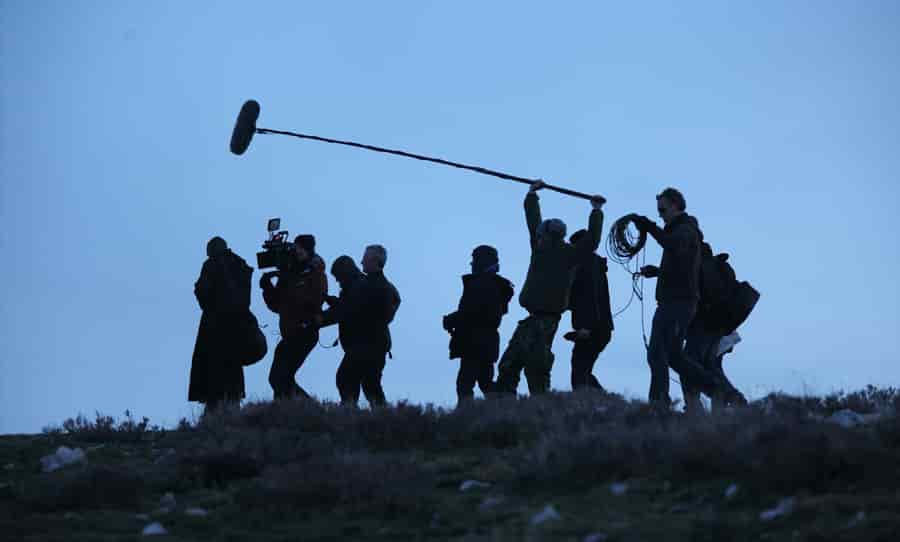 An Introduction to Film Sound

Though we might think of film as an essentially visual experience, we really cannot afford to underestimate the importance of film sound. A meaningful sound track is often as complicated as the image on the screen, and is ultimately just as much the responsibility of the director.

The entire sound track consists of three essential ingredients: the human voice, sound effects and music. These three tracks must be mixed and balanced so as to produce the necessary emphases which in turn create desired effects.

Topics which essentially refer to the three previously mentioned tracks are discussed below. They include dialogue, synchronous and asynchronous sound effects, and music.

Let us start with dialogue. As is the case with stage drama, dialogue serves to tell the story and expresses feelings and motivations of characters as well. Often with film characterization the audience perceives little or no difference between the character and the actor. Thus, for example, the actor Humphrey Bogart is the character Sam Spade; film personality and life personality seem to merge. Perhaps this is because the very texture of a performer’s voice supplies an element of character.

When voice textures fit the performer’s physiognomy and gestures, a whole and very realistic persona emerges. The viewer sees not an actor working at his craft, but another human being struggling with life. It is interesting to note that how dialogue is used and the very amount of dialogue used varies widely among films. For example, in the highly successful science-fiction film 2001, little dialogue was evident, and most of it was banal and of little intrinsic interest. In this way the film-maker was able to portray what Thomas Sobochack and Vivian Sobochack call, in An Introduction to Film, the ‘inadequacy of human responses when compared with the magnificent technology created by man and the visual beauties of the universe’.

IELTS WRITING – In some countries an increasing number of people are suffering... IELTS WRITING – The percentage of British people giving money to charity... Scroll to top