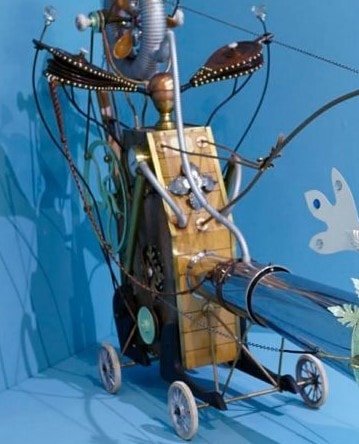 A  Of all mankinds manifold creations, language must take pride of place. Other inventions -the wheel, agriculture, sliced bread – may have transformed our material existence, but the advent of language is what made us human.

Compared to language, all other inventions pale in significance, since everything we have ever achieved depends on language and originates from it. Without language, we could never have embarked on our ascent to unparalleled power over all other animals, and even over nature itself.

B  But language is foremost not just because it came first. In its own right it is a tool of extraordinary sophistication, yet based on an idea of ingenious simplicity: ‘this marvellous invention of composing out of twenty-five or thirty sounds that infinite variety of expressions which, whilst having in themselves no likeness to what is in our mind, allow us to disclose to others its whole secret, and to make known to those who cannot penetrate it all that we imagine, and all the various stirrings of our soul’ This was how, in 1660, the renowned French grammarians of the Port-Royal abbey near Versailles distilled the essence of language, and no one since has celebrated more eloquently the magnitude of its achievement. Even so, there is just one flaw in all these hymns of praise, for the homage to languages unique accomplishment conceals a simple yet critical incongruity. Language is mankind s greatest invention – except, of course, that it was never invented. This apparent paradox is at the core of our fascination with language, and it holds many of its secrets.

C  Language often seems so skillfully drafted that one can hardly imagine it as anything other than the perfected handiwork of a master craftsman. How else could this instrument make so much out of barely three dozen measly morsels of sound? In themselves, these configurations of mouth p,f,b,v,t,d,k,g,sh,a,e  and so on – amount to nothing more than a few haphazard spits and splutters, random noises with no meaning, no ability to express, no power to explain. But run them through the cogs and wheels of the language machine, let it arrange them in some very special orders, and there is nothing that these meaningless streams of air cannot do: from sighing the interminable boredom of existence to unravelling the fundamental order of the universe.

IELTS READING – Preface to ‘How the other half thinks: Adventures... IELTS WRITING TEST SET 3 TASK 2 AC – Only reason for learning a foreign language... Scroll to top