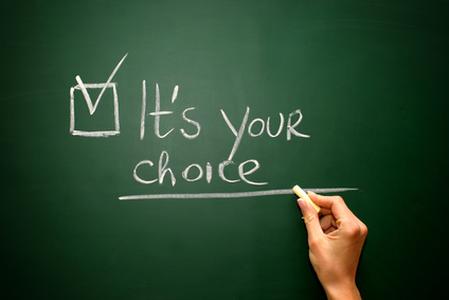 As we move from the industrial age to the information age, societal demands on our mental capabilities are no less taxing…

We are constantly required to process a wide range of information to make decisions. Sometimes, these decisions are trivial, such as what marmalade to buy. At other times, the stakes are higher, such as deciding which symptoms to report to the doctor. However, the fact that we are accustomed to processing

large amounts of information does not mean that we are better at it (Chabris & Simons, 2009). Our sensory and cognitive systems have systematic ways of failing of which we are often, perhaps blissfully, unaware.

Imagine that you are taking a walk in your local city park when a tourist approaches you asking for directions. During the conversation, two men carrying a door pass between the two of you. If the person asking for directions had changed places with one of the people carrying the door, would you notice? Research suggests that you might not. Harvard psychologists Simons and Levi (1998) conducted a field study using this exact set-up and found that the change in identity went unnoticed by 7 (46.6%) of the 15 participants. This phenomenon has been termed ‘change blindness’ and refers to the difficulty that observers have in noticing changes to visual scenes (e.g. the person swap), when the changes are accompanied by some other visual disturbance (e.g. the passing of the door).

Over the past decade, the change blindness phenomenon has been replicated many times. Especially noteworthy is an experiment by Davies and Hine (2007) who studied whether change blindness affects eyewitness identification. Specifically, participants were presented with a video enactment of a burglary. In the video, a man entered a house, walking through the different rooms and putting valuables into a knapsack. However, the identity of the burglar changed after the first half of the film while the initial burglar was out of sight. Out of the 80 participants, 49 (61%) did not notice the change of the burglar’s identity, suggesting that change blindness may have serious implications for criminal proceedings.

To most of us, it seems bizarre that people could miss such obvious changes while they are paying active attention. However, to catch those changes, attention must be targeted to the changing feature. In the study described above, participants were likely not to have been expecting the change to happen, and so their attention may have been focused on the valuables the burglar was stealing, rather than the burglar.

IELTS WRITING – improved medical care is that people are living longer... IELTS WRITING – Car ownership has increased so rapidly over the past thirty... Scroll to top