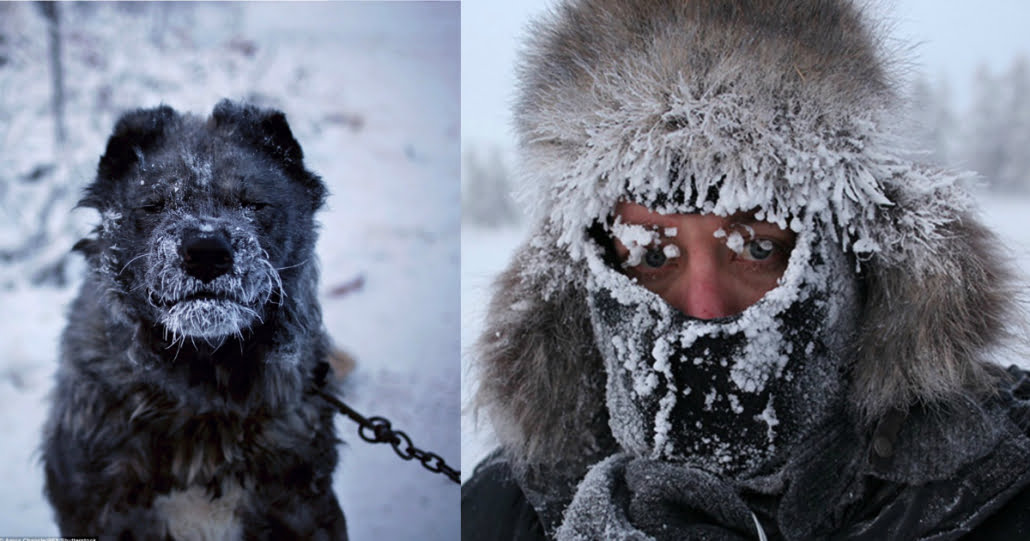 A visit to Oymyakon, the world’s coldest town

28 A You don’t need a sat nav to drive to Oymyakon. From Yakutsk you cross the Lena River and simply follow the M56 almost all of the way before taking a left at Tomtor for the final few kilometres. The journey takes two days of hard driving;

two days of glistening landscapes, frozen rivers and untouched snow; two days of endless forest and breathtaking beauty; two days to penetrate the heart of Siberia and reach the coldest inhabited place on Earth. The beauty surprised me. Siberia isn’t known for its pleasant appearance. It’s always billed as a place of hardship. But for hour after hour, the wintry wonderland was bathed in a crisp, clean sunshine, presenting a continuous panorama of conifer trees wreathed in silence and snow.

29 B As we left the flat plain, the road began to twist and turn, leading us into untouched hills and on towards the Verkhoyansk Mountains. Beneath their snow-clad peaks, the slopes became steeper and the valleys deeper. Down in a valley, we stopped to look at a hot spring beside the road. It was immediately obvious against the snow – a spot shrouded in heavy mist. Trees emerged from the strange haze as ghostly silhouettes.

30 C Despite the magical ambience of the Siberian wilderness, its reputation for hardship hit me every time I climbed out of the vehicle. Within less than a minute, the skin all over my face began to feel as if it were burning. If I wasn’t wearing my two sets of gloves, I rapidly lost the feeling in my fingertips. I learned very quickly not to draw too deep a breath because the shock of the cold air in my lungs invariably set me off on an extended bout of coughing. Siberia in winter is a world barely fit for human habitation. This is a place of such searing cold that it bites through multiple layers of clothing as if they aren’t there.

31 D Oymyakon is a quiet little town – the world’s coldest – of about 550 inhabitants, with its own power station, a school, two shops and a small hospital. It probably originated as a seasonal settlement where reindeer herders spent the summer on the banks of the Indigirka River.