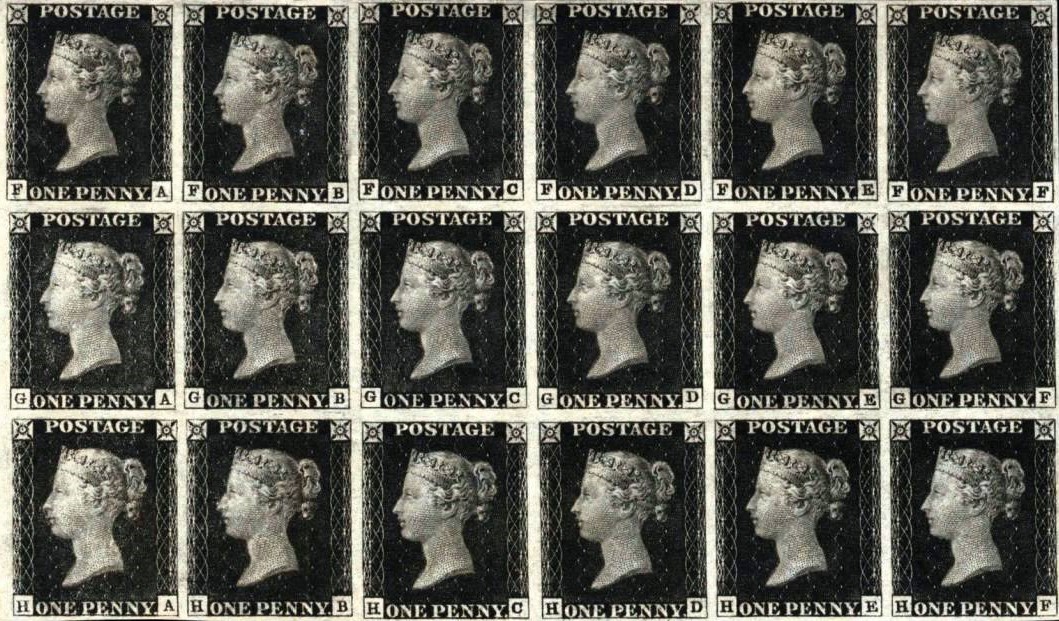 It might not have looked very impressive, but the Penny Black, now 170 years old, was the first stamp to be created and it launched the modem postal system in Britain.

Before 1840 and the arrival of the Penny Black, you had to be rich and patient to use the Royal Mail. Delivery was charged according to the miles travelled and the number of sheets of paper used; a 2-page letter sent from Edinburgh to London, for example, would have cost 2 shillings, or more than £7 in today’s money. And when the top-hatted letter carrier came to deliver it, it was the recipient who had to pay for the postage. Letter writers employed various ruses to reduce the cost, doing everything possible to cram more words onto a page. Nobody bothered with heavy envelopes; instead, letters would be folded and sealed with wax. You then had to find a post office – there were no pillar boxes – and hope your addressee didn’t live in one of the several rural areas which were not served by the system. If you were lucky, your letter would arrive (it could take days) without being read or censored.

The state of mail had been causing concern throughout the 1830s, but it was Rowland Hill, an inventor, teacher and social reformer from Kidderminster, who proposed a workable plan for change. Worried that a dysfunctional, costly service would stifle communication just as Britain was in the swing of its second industrial revolution, he believed reform would ease the distribution of ideas and stimulate trade and business, delivering the same promise as the new railways.

Hill’s proposal for the penny post, which meant any letter weighing less than half an ounce (14 grams) could be sent anywhere in Britain for about 30p in today’s money, was so radical that the Postmaster General, Lord Lichfield, said, ‘Of all the wild and visionary schemes which I ever heard of, it is the most extravagant.’ Lord Lichfield spoke for an establishment not convinced of the need for poor people to post anything. But merchants and reformers backed Hill. Soon the government told him to make his scheme work. And that meant inventing a new type of currency.